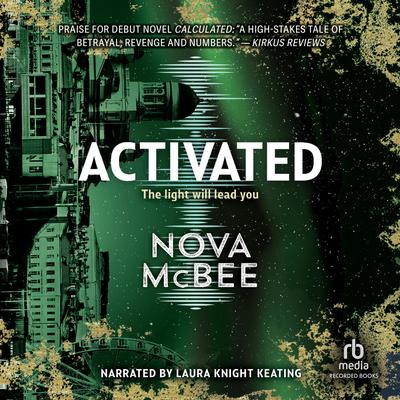 After her exploits in Tunisia, Jo Rivers knows she’ll never lead a normal life. She also can’t move on until she grasps the unexpected evolution of her mathematical gift and confronts her unresolved feelings after meeting Noble. With Kai undercover, Noble is the only one who has the answers Jo needs. There’s just one small problem: Noble has vanished, leaving only a coded message in the stars.

When Rafael, a friend from Jo’s days in China, goes missing, it coincides with a new PSS assignment involving a potentially catastrophic satellite breakdown. Jo suspects something more sinister is at play and has no choice but to track down Noble, who may be her only hope to find Rafael and prevent global chaos.

Traveling to the perilous Arctic of Finland, Jo and her band of prodigies team up with unlikely allies from her past to find out what or who is interfering with the satellites—before it’s too late. Trusting her gift, Jo follows a path of numbers that light the way … which leads to answers she didn’t predict.

Nova McBee, a Seattle native, is a helpless nomad and culture nerd who has lived nearly half her life in the Middle East, Europe, and Asia. The Calculated series was optioned by One Door Studios to become a film franchise.