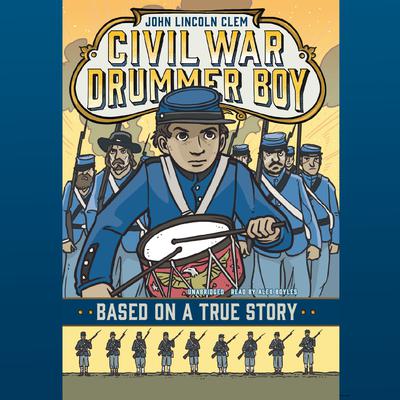 The Based on a True Story Series

Meet the youngest person to fight in the Civil War in this middle-grade historical fiction novel, part of the Based on a True Story series.

Do you have what it takes to run off and join the army, leaving your family behind? That’s what John Lincoln Clem, a nine-year-old boy living in Ohio, does as the American Civil War rages on.

In 1861, Johnny sneaks onto a train filled with men from the 3rd Ohio Union Regiment, determined to fight for his country. Taken in by the older soldiers, Johnny becomes a drummer boy—not to mention the youngest person to serve in the war. Living a soldier’s life, Johnny experiences the brutalities of battle and the hunger and illness in between. Eventually he is captured by the Confederates, imprisoned, and then sent home a hero.

John Lincoln Clem: Civil War Drummer Boy by Kristin O’Donnell Tubb, writing as E. F. Abbott, is a fascinating novel for young listeners. The Based on a True Story books by E. F. Abbott are exciting historical fiction stories about real children who lived through extraordinary times in American History. This book has Common Core connections.

E. F. Abbott is a pseudonym for Kristin O’Donnell Tubb, author of Selling Hope and The 13th Sign. She and her family live in Tennessee.