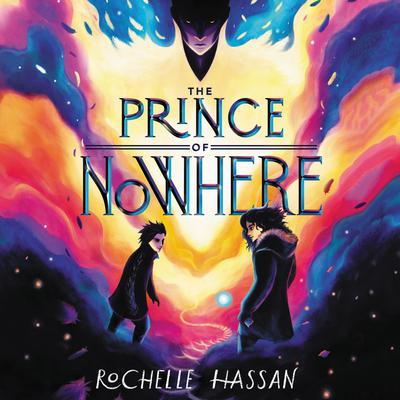 The Prince of Nowhere

This sweeping middle grade fantasy debut by Rochelle Hassan follows Roda and Ignis, who embark on an adventure filled with magic and mystery—perfect for fans of Howl’s Moving Castle by Diana Wynne Jones.

Roda isn’t afraid of the monsters that roam the wilds of the Aerlands. She’s safe in her small town, which is surrounded by a wall of freezing, enchanted mist that keeps the beasts away. So when Roda rescues an injured crow on the instruction of her secret pen pal, Anonymous—whose letters arrive without warning and correctly predict the future—she’s surprised to learn she’s brought one of the so-called monsters home. Because her crow is really a shape-shifting boy named Ignis.

Ignis doesn’t remember where he was going before he crashed. But Anonymous brought him and Roda together for a reason—and the only way to find out what Anonymous wants is to follow the trail of baffling clues in Roda’s letters. Their perilous journey leads them into the mist and beyond, to a mysterious place called Nowhere. But Ignis has secrets, and the farther they get, the more Roda doubts she can trust him.

As a nefarious force closes in, they’ll have to put aside their differences and work together. For they might be each other’s only defense against an enemy who threatens their past, present, and future.