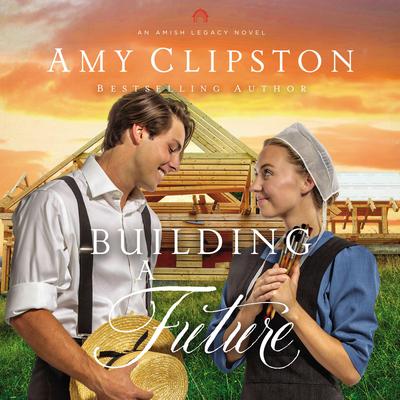 They both had different plans for their futures . . . until their hearts led them to each other.

Michelle Lantz dreams of marrying and starting a family, and now that she's been dating Korey for over a year, she thought it was only a matter of time before he proposed. But lately, Korey has seemed distant and is far from the attentive boyfriend she once knew. They've spent so much time together that she feels she can't give up on their relationship, but she begins to question her own feelings as his seem to cool.

Tyler Bontrager is focused on expanding his father's roofing company so he can take over one day. He throws himself into his work and thinks he's too busy to worry about finding a wife. He and his brother Korey find themselves continually arguing: Tyler doesn't approve of how Korey treats Michelle and Korey thinks Tyler is out to take anything that's his. When Tyler happens to be around when Michelle needs a listening ear, he is startled to realize that he has feelings for Michelle, so he denies them because his relationship with his brother is too important.

But when there's an accident and lives are at stake, true feelings come to the surface. Is it possible for Michelle and Tyler to put aside their feelings for the sake of their relationships with Korey, or will they find a new foundation on which to build their future?

“Amy Clipston once again entertains us with a story that reaches all the way to the heart.” —Vannetta Chapman, USA Today bestselling author

Amy Clipston is the award-winning, bestselling author of many novels, including the Kauffman Amish Bakery series and the Hearts of the Lancaster Grand Hotel books. She holds a degree in communication from Virginia Wesleyan College and works full-time for the city of Charlotte, North Carolina.