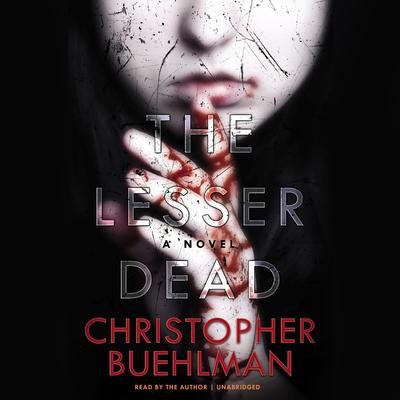 On the 2015 RUSA Reading List: Winner in the Horror Category

Finalist for the 2014 Shirley Jackson Award for Best Novel

"As much F. Scott Fitzgerald as Dean Koontz" (#1 New York Times bestselling author Patricia Briggs), Christopher Buehlman excels in twisting the familiar into newfound dread in his genre-bending novels. Now the acclaimed author of Those across the River delivers his most disquieting tale yet.

New York City in 1978 is a dirty, dangerous place to live—and die. Joey Peacock knows this as well as anybody—he has spent the last forty years as an adolescent vampire, perfecting the routine he now enjoys: womanizing in punk clubs and discotheques, feeding by night, and sleeping by day with others of his kind in the macabre labyrinth under the city's sidewalks.

The subways are his playground and his highway, shuttling him throughout Manhattan to bleed the unsuspecting in the Sheep Meadow of Central Park or in the backseats of Checker cabs, or even those in their own apartments who are too hypnotized by sitcoms to notice him opening their windows. It's almost too easy.

Until one night he sees them hunting on his beloved subway. The children with the merry eyes. Vampires, like him … or not like him. Whatever they are, whatever their appearance means, the undead in the tunnels of Manhattan are not as safe as they once were.

And neither are the rest of us.

“Buehlman offers up a colony of fierce, brazenly unscrupulous vampires who reclaim the genre from angsty goths and return it to its fearsome and ferocious origins.” —Publishers Weekly (starred review)
“The details of a dirtier, graffiti-splattered New York are vivid…Readers won’t be able to put the book down.” —Library Journal