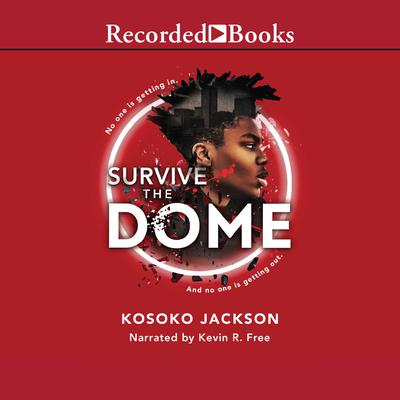 Today's the day everything changes. Jamal Lawson just wanted to be a part of something. As an aspiring journalist, he packs up his camera and heads to Baltimore to document a rally protesting police brutality after another Black man is murdered. But before the protest even begins, the city implements a new safety protocol: the Dome. The Dome surrounds the city, forcing those inside it to subscribe to a total militarized shutdown. No one can get in, and no one can get out. Alone in a strange place, Jamal doesn’t know where to turn … until he meets hacker Marco, who knows more than he lets on, and Catherine, an AWOL basic training graduate, whose parents helped build the initial plans for the Dome. As unrest in Baltimore grows throughout the days-long lockdown, Jamal, Marco, and Catherine take the fight directly to the chief of police. But the city is corrupt from the inside out, and it’s going to take everything they have to survive.