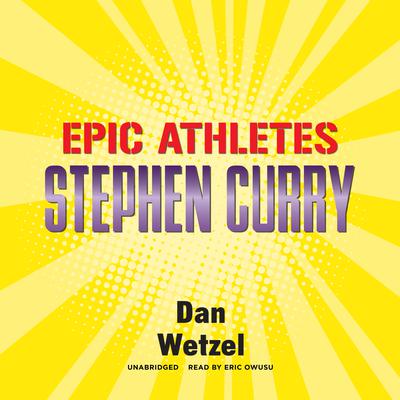 When you think of Stephen Curry, one word comes to mind: greatness. From shooting three-pointers with laser precision to his clutch ability to hit buzzer-beaters time and again, he has established himself as one of the best players in pro basketball.

But greatness was never a guarantee for Steph. The son of a talented NBA player, he dreamed of one day playing professionally just like his dad. Yet Steph, who was always smaller and weaker than the competition, was told over and over that he would never be talented enough to be a college star or NBA player—let alone the MVP of the entire league. Through tenacity and hard work, he proved them all wrong and went on to dismantle the record books.

With the high energy of a TV commentator, this engaging biography tells the story of an NBA All-Star and the path he took to achieve his dreams.

Dan Wetzel has been a Yahoo Sports national columnist since 2003. For years, he’s been called America’s best sports columnist and has been honored more than a dozen times by the Associated Press Sports Editors. Dan was recently inducted into the US Basketball Writers Hall of Fame. His coauthored books include Glory Road with NCAA basketball coach Don Haskins (basis for the Disney movie of the same name), and several other sports memoirs.