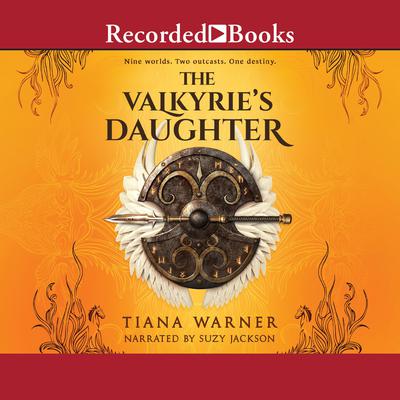 For as long as Sigrid could remember, she’s wanted to become a mighty, fearless valkyrie. But without a winged mare, she’s a mere stable hand, left wondering who her parents were and why she’s so different. So when the Eye shows her a vision where she's leading a valkyrie charge on the legendary eight-legged horse Sleipnir, she grabs the possibility of this greater destiny with both hands, refusing to let go. Too bad that the only one who can help her get there is Mariam, an enemy valkyrie who begrudgingly agrees to lead her to Helheim but who certainly can’t be trusted—even if she does make Sigrid more than a little flustered. As they cross the nine worlds, battling night elves, riding sea serpents, and hurtling into fire to learn the truth about Sigrid’s birthright, an unexpected but powerful bond forms. As her feelings for Mariam deepen into something fiery and undeniable, Fate has other plans for Sigrid. What happens when the one thing you think you were meant to do might end the nine worlds?