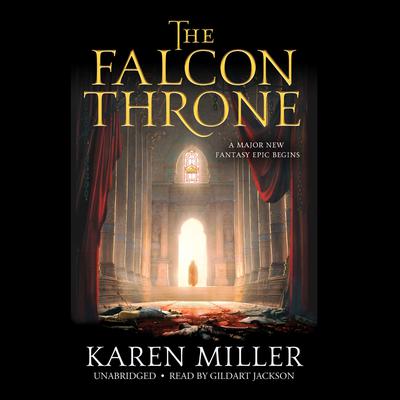 No one is innocent. Every crown is tarnished.

A bastard lord, uprising against his tyrant cousin, sheds more blood than he bargained for.

A duke's widow, defending her daughter, defies the ambitious lord who would control them both.

And two brothers, divided by ambition, will learn the true meaning of treachery.

All of this will come to pass, and the only certainty is that nothing will remain as it once was. As royal houses rise and fall, empires are reborn and friends become enemies, it becomes clear that much will be demanded of those who follow the path to power.

“A well-constructed fantasy, Miller’s work is populated by preening villains whose rare moments of cooperation are driven by self-interest and sympathetic figures who mean well but are blinded by privilege and ignorance. In fact, the evil spawned by good intentions badly acted upon is a running theme…This is a dark fantasy that should appeal to fans of Game of Thrones.” —RT Book Reviews
“With this series launch, Miller presents traditional fantasy pieces (warring kingdoms, misplaced heirs, a witch pulling the strings of an ambitious lord) that still manage to entertain and prepare readers for the next volume. The author’s gritty fantasy of dynastic politics will appeal to fans of Game of Thrones.” —Library Journal

Karen Miller, who often writers under the pen name K. E. Mills, was born in Vancouver, Canada, and moved to Australia with her family when she was two. She is a bestselling fantasy writer and author of many books including: the duology Kingmaker, Kingbreaker, the Godspeaker Trilogy, and the bestselling tie-in novels Stargate SG-1: Alliances and Stargate SG-1: Do No Harm. Writing as Mills, she is the author of the Rogue Agent series.