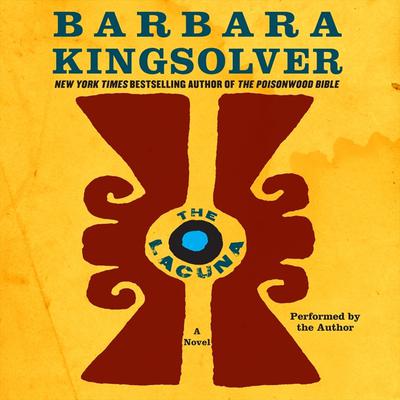 The Lacuna: A Novel

Winner of the 2010 Orange Prize for Fiction

Winner of the 2010 Baileys’ Women’s Prize for Fiction

In The Lacuna, her first novel in nine years, Barbara Kingsolver, the acclaimed New York Times bestselling author of The Poisonwood Bible and Animal, Vegetable, Miracle: A Year of Food Life, tells the story of Harrison William Shepherd, a man caught between two worlds—an unforgettable protagonist whose search for identity will take readers to the heart of the twentieth century’s most tumultuous events.

“[A] tableau vivant of epochs and people that time has transformed almost past recognition.” —New York Times Book Review
“Breathtaking…dazzling…The Lacuna can be enjoyed sheerly for the music of its passages on nature, archaeology, food and friendship; or for its portraits of real and invented people; or for its harmonious choir of voices. But the fuller value of Kingsolver’s novel lies in its call to conscience and connection. She has mined Shepherd’s richly imagined history to create a tableau vivant of epochs and people that time has transformed almost past recognition. Yet it’s a tableau vivant whose story line resonates in the present day, albeit with different players. Through Shepherd’s resurrected notebooks, Kingsolver gives voice to truths whose teller could express them only in silence.” —New York Times
“Compelling…Kingsolver’s descriptions of life in Mexico City burst with sensory detail—thick sweet breads, vividly painted walls, the lovely white feet of an unattainable love.” —New Yorker
“This rich novel is certainly bigger than its politics. It resurrects several dramatic events of the early twentieth century that have fallen out of public consciousness, brings alive the forgotten details of everyday life in the 1940s, and illustrates how attitudes and prejudices are shaped by political opportunism and the rapacious media. But despite this large, colorful canvas, ultimately The Lacuna is a tender story about a thoughtful man who just wanted to enjoy that basic American right: the right to be left alone.” —Washington Post
“Ambitious…achieves a rare dramatic power that reaches its emotional peak when Harrison wittily and eloquently defends himself before the House Un-American Activities Committee…[Kingsolver] masterfully resurrects a dark period in American history with the assured hand of a true literary artist.” —Publishers Weekly (starred review)

Barbara Kingsolver is the author of more than ten New York Times bestsellers, including works of fiction, poetry, essays, and creative nonfiction. Her work has earned literary awards, including the National Humanities Medal, our country’s highest honor for service through the arts, as well as the prestigious Dayton Literary Peace Prize for her body of work. She is the founder of the PEN/Bellwether Prize.