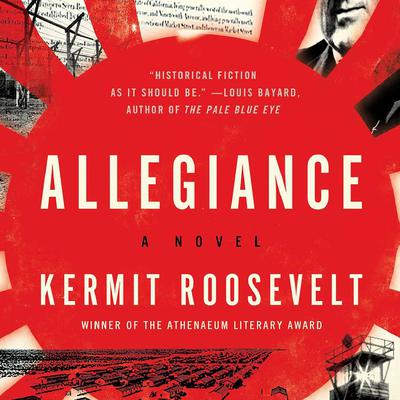 A sophisticated legal thriller that plunges listeners into the debate within the US government surrounding the imprisonment of thousands of Japanese-Americans during World War II.

When the news broke about the Japanese attack on Pearl Harbor, Caswell "Cash" Harrison was all set to drop out of law school and join the army...until he flunked the physical. Instead, he's given the opportunity to serve as a clerk to Supreme Court Justice Hugo Black. He and another clerk stumble onto a potentially huge conspiracy aimed at guiding the court's interests, and the cases dealing with the constitutionality of the prison camps created to detain Japanese-Americans seem to play a key part. Then Cash's colleague dies under mysterious circumstances, and the young, idealistic lawyer is determined to get at the truth. His investigation will take him from the office of J. Edgar Hoover to an internment camp in California, where he directly confronts the consequences of America's wartime policies. Kermit Roosevelt combines the momentum of a top-notch legal thriller with a thoughtful examination of one of the worst civil rights violations in US history in this long-awaited follow-up to In the Shadow of the Law.

Kermit Roosevelt is an assistant professor of law at the University of Pennslyvania Law School. A former clerk to a US Supreme Court Justice, he is a graduate of Yale Law School and has worked for law firms in New York, Chicago and Washington, DC.