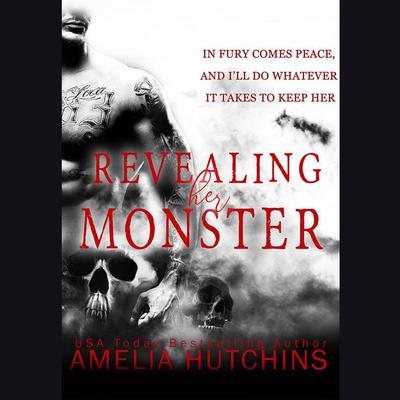 By Amelia Hutchins
Read by Aiden Snow  and Eva Amar

The Playing with Monsters Series: Book 4

I ended my life to protect Lucian from his enemies. It should have been the hardest decision to make, but it wasn't. Now I find that Lucian kept even more secrets, deadly ones that threaten to destroy me. I thought I won the game that he and Katarina played, but he's never stopped shuffling the pieces on the board. Even so, I've found peace in his violence and learned to accept my fate within his embrace.

As our enemies are revealed, and worlds crashed down into ours, everything is on the line again. Could we survive his latest betrayal, or would it destroy us all?

Lena wasn't supposed to pay for my sins, but she did. I hadn't intended for her to suffer the consequences of my actions. I'd put pieces into motion to give her back the things that mattered most to her. She may never forgive me when she learns the cost I paid or the decisions I made.

The thing is, there's no world where Magdalena isn't mine. I'd do whatever it took to keep her, and I'd destroy worlds to ensure she stays with me.