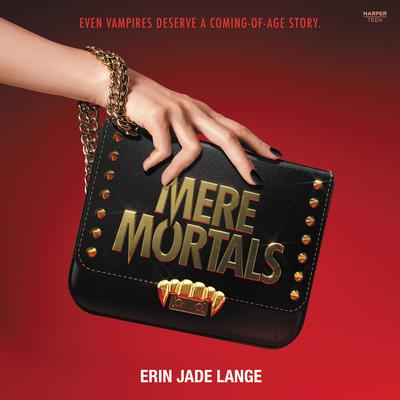 This hilarious, fresh take on a classic vampire tale follows a pair of hundred-year-old teenage vampires who are turned mortal and must face the greatest nightmare of all—high school.

Charlie and her brother, Reg, have been vampires for… a very long time. For a century, they enjoyed the glitz and glamour of life as members of the wealthiest vampire clan. But now, after one careless mistake, they’ve been expelled from the vampire community and dumped in the middle of Nowhere, Iowa to live as mortals.

Suddenly Charlie has to deal with zits, tears, and—worst of all—high school. But things start to change when she and Reg find a group of friends, including the deliciously good-looking Dexter. And though Charlie would give anything to be vampire again, she begins to appreciate some of the new experiences that humanity brings too.

But nothing could make them forget the life they’ve left behind. When they’re offered a second shot at immortality, Charlie is desperate to seize it. It’ll just mean a total betrayal of all her new friends, who will have their minds wiped of their memories of her. She can handle that if it means she can live forever… right?