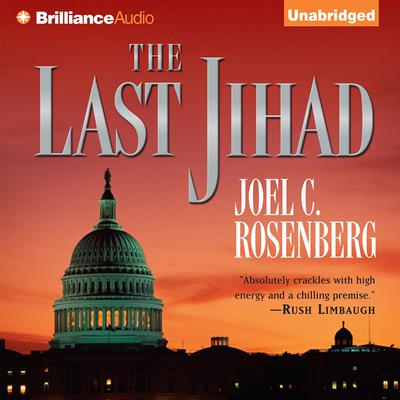 Jon Bennett is a top Wall Street strategist turned senior White House advisor. But nothing has prepared him for the terror that he will face. Saddam Hussein dispatches his top hit men to assassinate the President of the United States. Iraqi terrorists spread carnage throughout London, Paris, and Riyadh...and the Butcher of Baghdad has a nuclear ace in his hand that he has not yet played.

Only a solid Arab-Isreali coalition against Iraq can keep the U.S.—and other Western nations—from certain devastation. And only Bennett and his beautiful partner, Erin McCoy, can make that happen. Their secret project—a billion-dollar oil deal off the coast of Gaza—could be the basis for an historic peace treaty and enormous wealth for every Isreali and Palestinian. But just before a treaty can be signed, Isreali commandos foil an Iraqi Scud missile launch, recovering a nuclear warhead and evidence that the next attack will level Washington, New York and Tel Aviv.

Now, the Isreali Prime Minister gives the American President an ultimatum: Melt down Baghdad within one hour...or Israel will do it herself. From Jerusalem, Bennett and McCoy must summon all their stealth and savvy to save themselves—and the world—from absolute destruction.

“In today’s get-Hussein political climate, the novel is sure to find an audience, but some readers may not find the book as exciting as expected. While Rosenberg works a couple of genuinely surprising plot twists into his story, and his grasp of international politics and terrorism seems solid, his prose style is, at best, adequate.” —Booklist