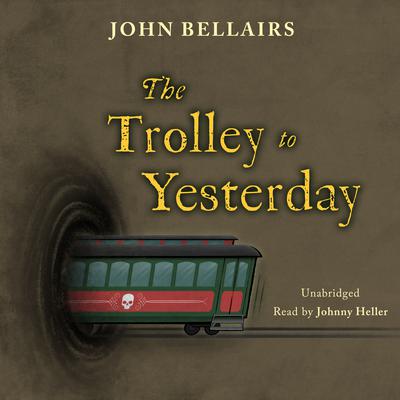 The Trolley to Yesterday

Johnny Dixon is worried about Professor Childermass. The professor has always been an odd duck, but lately his behavior has been positively bizarre. He’s been talking to himself and stalking down the street with his collar turned up and his hat over his eyes, and now he won’t return Johnny’s calls. Johnny’s afraid that the professor’s old age is starting to get to him, but he will soon find it’s something far more amazing—and far more dangerous.

The professor has discovered a trolley that can carry them five hundred years back in time, to the last days of the Byzantine Empire. In the dark and winding streets of Constantinople, he and Johnny confront crusaders, mystics, and thieves as they attempt to save the ancient empire from destruction at the hands of the advancing Turkish armies.

Created by the award-winning author of The House with a Clock in Its Walls, Johnny Dixon is one of the most charming young heroes in literature—a spunky, bespectacled young man whose curiosity often gets him into trouble—and his “wonderfully warming friendship with cantankerous old Professor Childermass makes them an endearing detective team” (New York Times).

“A spooky, spine-tingling time travel adventure that takes a boy and his eccentric professor friend to the mysterious Byzantine Empire.” —Publishers Weekly
“Is there no end to the suspense John Bellairs can create?” —School Library Journal, praise for the author
“There’s suspense and action aplenty…Perfect for the pre-Stephen King set.” —Booklist, praise for the author

John Bellairs (1938–1991) was beloved as a master of Gothic young adult and fantasy novels. His stand-alone novel The Face in the Frost is regarded as a fantasy classic. He published more than twenty novels in the Anthony Monday, Johnny Dixon, and Lewis Barnavelt series.