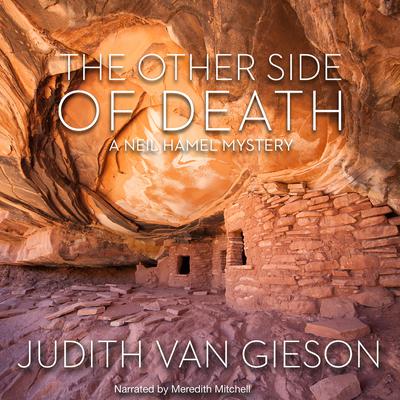 The Other Side of Death

The “annual” Saint Patrick’s Day party hosted by Tim and Jamie Malone in their small northern New Mexico community is their first in many years. But it also marks their last as they prepare to move to the Midwest. For Albuquerque attorney Neil Hamel, going to the party is a reunion of sorts with various old friends she spent a year carousing with in a small town in Mexico in the late 1960s.

Just about everyone seems to have made some move from hippie to mainstream except Lonnie Darmer, who—as in the old days—gets too drunk to drive home. Neil drives them both to Lonnie’s little house in Santa Fe and wakes the next morning to discover her missing. Lonnie is found dead in an Anasazi ruin in the mountains near Santa Fe, her body unscathed. The police immediately conclude Lonnie committed suicide, and her friends seem almost relieved to concur—all except Neil.

As she investigates her friend’s death, suspects suddenly abound. Even Neil herself comes under suspicion, as the real killer draws ever closer, eager to satisfy a newfound appetite for killing.

Judith Van Gieson is the author of a children’s book, a collection of poetry and short stories, and more than a dozen mystery novels. The Lies That Bind was a finalist for the Shamus Award for best detective novel, and both of her mystery series have been regional and IMBA bestsellers. AudiobookStore.com recently cited her as one of their most popular audiobook authors. Judith lives in Albuquerque’s North Valley.