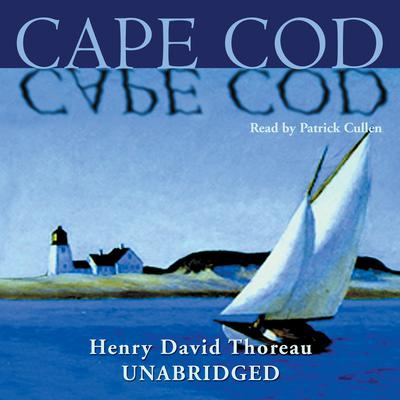 Compiled from magazine articles published in the 1850s after his death, Cape Cod details several short trips Thoreau made to "the bare and bended arm ofMassachusetts" between 1849 and 1855. "He went to the Cape out of curiosity," explains Paul Theroux, "but in the course of his travel a great thing happened: Thoreau, the woodsman and landlubber, discovered the sea."

Encounters with the ocean dominate the book, from the fatal shipwreck of the opening episode to the late reflections on the Pilgrims' Cape Cod landing and reconnaissance. Along the way, Thoreau relates the experiences of fishermen and oystermen, lighthouse keepers and ship captains, and their chronicles of exploration, settlement, and survival on the Cape against the threats of the wild sea and of encroaching modernity.

“Cape Cod is Thoreau’s sunniest, happiest book. It bubbles over with jokes, puns, tall tales, and genial good humor…Unquestionably the best book that has ever been written about Cape Cod, and it is the model to which all new books about the Cape are still compared.” —Walter Harding, The Days of Henry Thoreau
“Illustrates the qualities that define [Thoreau’s] greatest works: his clarity and ease of style, and his concreteness as a naturalist and observer of nature and society. Patrick Cullen’s unforced and straightforward delivery…conveys both Thoreau’s strengths as a reporter and the secret of handling this author successfully in the audio format.” —AudioFile