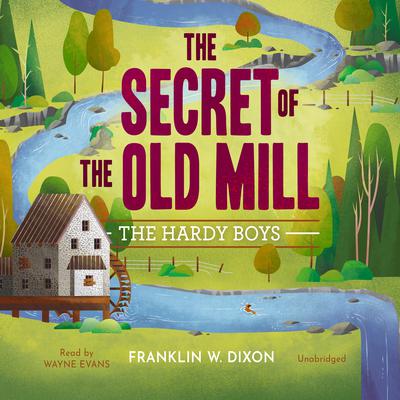 The Secret of the Old Mill

This is the original 1927 story of The Secret of the Old Mill: The Hardy Boys Book 3. As such, it is different than later versions of this book with the same title. Frank and Joe Hardy, brothers who are high school students, help a stranger at the train station to exchange a five-dollar bill—only to find out later that it was counterfeit. Bayport seems to be flooded with counterfeit money, and people are on guard. But many innocent people, including Mrs. Hardy, lose money in seemingly reasonable transactions. The Secret Service and Mr. Hardy know something is happening around Bayport, but they cannot discover who or where. The Hardy Boys use their investigation skills and lots of courage in dangerous situations to discover the counterfeiting gang.

Much has changed in America since 1927. The modern listener may be delighted with the warmth and innocence of the characters, but uncomfortable with the racial, social, and sexist terms and stereotypes. As such, this book is a part of our heritage, a window into our real past.

Franklin W. Dixon is a pen name used by a variety of authors writing for the classic series the Hardy Boys. The first and most well-known "Franklin W. Dixon" was Leslie McFarlane, a Canadian author who contributed ninteen of the first twenty-five books in the series. Other writers who have adopted the pseudonym include Christopher Lampton, John Button, Amy McFarlane, and Harriet Stratemeyer Adams.