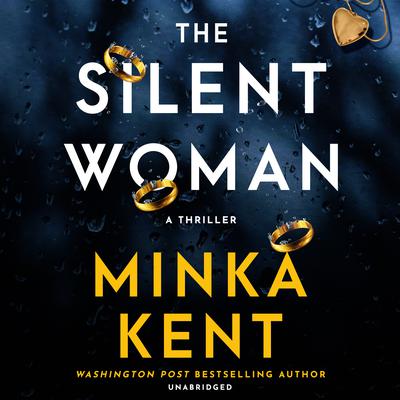 Newlywed Jade Westmore has finally found her forever in husband Wells, a charming, successful, and recently divorced architect—only there’s one caveat: behind the gates of their elysian estate, hidden from street view in the caretaker’s cottage … lives Wells’s first wife, Sylvie.

Three years ago, the original Mrs. Westmore suffered a nervous breakdown—and hasn’t uttered a sound since. Not a physician, psychologist, or world-renown specialist has been able to elicit so much as a word from the silent woman … until now.

On an ordinary Tuesday while Wells was away—despite instructions to never disturb the fragile woman—Jade visited her isolated predecessor bearing a peace offering: a bouquet of white lilies. Only she wasn’t expecting Sylvie to have something for her as well: a slip of torn notebook paper with a single word scrawled in shaky black ink.

Minka Kent is the Washington Post bestselling author of several books, including The Stillwater Girls, The Thinnest Air, The Perfect Roommate, and The Memory Watcher. She is a graduate of Iowa State University.