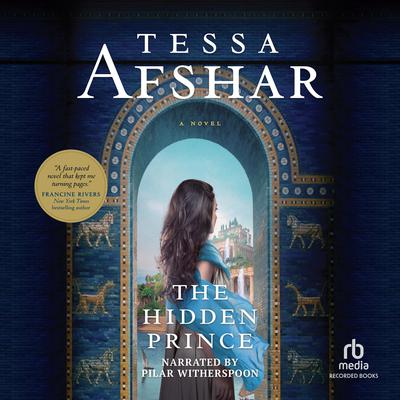 As an Israelite slave, she sees no hope for a future. But she soon discovers the fate of nations may rest in her hands.

Keren, a gifted young Jewish scribe in the household of Daniel, learns languages and swordsmanship alongside the great man’s sons and their friend Jared. But a tragic accident changes the course of her life, and she finds herself far from home, charged with a mysterious task: teach a shepherd boy to be a lord. She soon hears hints of the child’s true parentage and realizes she must protect him from a bloodthirsty king.

Though Jared struggles to forgive Keren, he still travels over mountains to fetch her back to the safety of home. When he discovers the secret identity of Keren’s pupil, love battles bitterness as Jared joins Keren on the journey of a lifetime to save the boy who may one day deliver their people from captivity in Babylon.

“Tessa Afshar combines adventure and romance in a fast-paced novel that kept me turning pages. I loved the way she brought so many historical figures to life. I highly recommend The Hidden Prince!” —Francine Rivers, New York Times bestselling author

Tessa Afshar was voted New Author of the Year by the Family Fiction sponsored Reader’s Choice Award 2011 for her novel Pearl in the Sand. She was born in Iran, lived there for the first fourteen years of her life, and attended an English boarding school for girls before moving to the United States permanently. Her conversion to Christianity in her twenties changed the course of her life forever. She an MDiv from Yale University where she served as co-chair of the Evangelical Fellowship at the Divinity School. She has spent the last twelve years in full- and part-time Christian work.