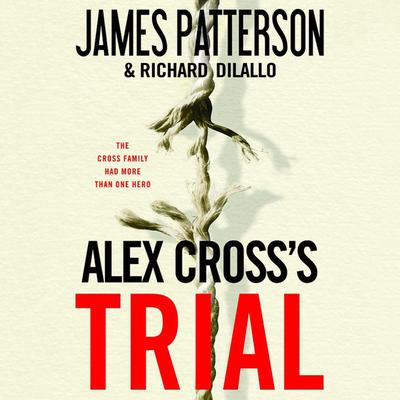 The year is 1906, and America is segregated. Hatred and discrimination plague the streets, the classroom, and the courts. But in Washington, DC, Ben Corbett, a smart and courageous lawyer, makes it his mission to confront injustice at every turn. He represents those who nobody else dares defend, merely because of the color of their skin. When President Roosevelt, under whom Ben served in the Spanish-American war, asks Ben to investigate rumors of the resurgence of the Ku Klux Klan in his home town in Mississippi, he cannot refuse. The details of Ben's harrowing story—and his experiences with a remarkable man named Abraham Cross—were passed from generation to generation, until they were finally recounted to Alex Cross by his grandmother, Nana Mama.

Richard DiLallo is an American author and former vice president and executive creative director of DDB Worldwide, a marketing communications network. He is best known for his coauthoring Alex Cross’s Trial with bestselling author James Patterson. He has also published articles in the magazines Glamour, Brides, and America. He currently resides in Manhattan with his wife.