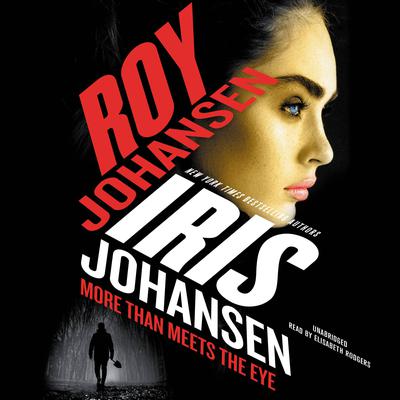 More Than Meets the Eye

By Iris Johansen  and Roy Johansen
Read by Elisabeth Rodgers

After scoring a plea deal in a high-profile murder trial, serial killer James Michael Barrett leads a grim parade of law enforcement officers to the body of his last victim. At the alleged burial site, the officers swing their shovels down and are met with a strange metallic sound they weren’t expecting. In a blink, a terrific explosion rocks the woods, killing Barrett and most of the officers instantly.

The detonation is only the beginning of a shocking case for FBI consultant Kendra Michaels—a string of heinous murders in the style of the very-dead Barrett mysteriously continue, and it becomes clear that he may not have been working alone. As the crimes accelerate, Kendra reluctantly accepts help from college student Tricia Walton, the only survivor of Barrett’s attacks. But the killer has a terrifying plan that Kendra and her team are only beginning to understand.

“Pulse-pounding…Fans and newcomers alike will be enthralled.” —Publishers Weekly

Iris Johansen is the author of more than thirty New York Times bestsellers. Her series featuring forensic sculptor Eve Duncan has sold over twenty million copies and was the subject of the Lifetime movie The Killing Game. She has has also co-authored the bestselling series featuring investigator Kendra Michaels.

Roy Johansen began his professional writing career with his original screenplay for “Murder 101,”written in college and for which he won the national FOCUS (Films of College and University Students) award, a competition sponsored by Steven Spielberg, George Lucas, and Martin Scorsese. The screenplay was later produced for cable television and starred Pierce Brosnan, and the script was awarded the Edgar Allen Poe award in the Best Television Miniseries or Movie category. Johansen has since written screenplays for Warner Bros., Universal Pictures, Disney, and MGM, and, more recently, has written several New York Times bestselling mystery novels, including The Answer Man, Beyond Belief, Deadly Visions, Silent Thunder, Storm Cycle, Shadow Zone, and Close Your Eyes.