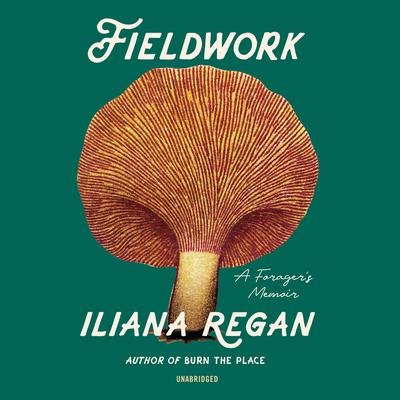 A Los Angeles Times Pick of the Month's Must-Reads

A Chicago Review of Books Pick for January

An Apple Books Pick of the Month

A Powell's Pick of the Month

A Publishers Weekly Pick of Best Indie Books of Fall

A SheReads.com Pick of Most Anticipated Memoirs of 2023

Not long after Iliana Regan’s celebrated debut, Burn the Place, became the first food-related title in four decades to become a National Book Award nominee in 2019, her career as a Michelin star–winning chef took a sharp turn north.

Long based in Chicago, Iliana and her new wife, Anna, decided to create a culinary destination, the Milkweed Inn, located in Michigan’s remote Upper Peninsula, where much of the food served to their guests would be foraged by Regan herself in the surrounding forest and nearby river. Part fresh challenge, part escape, Regan’s move to the forest was also a return to her rural roots, in an effort to deepen the intimate connection to nature and the land that she had long expressed as a chef but experienced most intensely growing up.

On her family’s farm in rural Indiana, Regan was the beloved youngest in a family with three much older sisters. From a very early age, her relationship with her mother and father was shaped by her childhood identification as a boy. Her father treated her like the son he never had, and together they foraged for mushrooms, berries, herbs, and other wild food in the surrounding countryside—especially her grandfather’s nearby farm, where they also fished in its pond and young Iliana explored the accumulated family treasures stored in its dusty barn.

Her father would share stories of his own grandmother, Busia, who had helped run a family inn while growing up in eastern Europe, from which she imported her own wild legends of her native forests, before settling in Gary, Indiana, and opening Jennie’s Café, a restaurant that fed generations of local steelworkers. He also shared with Iliana a steady supply of sharp knives and—as she got older—guns.

Iliana’s mother had family stories as well—not only of her own years marrying young, raising headstrong girls, and cooking at Jennie’s, but also of her father, Wayne, who spent much of his boyhood hunting with the men of his family in the frozen reaches of rural Canada. The stories from this side of Regan’s family are darker, riven with alcoholism and domestic strife too often expressed in the harm, physical and otherwise, perpetrated by men—harm men do to women and families and harm men do to the entire landscapes they occupy.

As Regan explores the ancient landscape of Michigan’s boreal forest, her stories of the land, its creatures, and its dazzling profusion of plant and vegetable life are interspersed with her and Anna’s efforts to make a home and a business of an inn that’s suddenly, as of their first full season there in 2020, empty of guests due to the COVID-19 pandemic.

She discovers where the wild blueberry bushes bear tiny fruit, where to gather wood sorrel, and where and when the land’s different mushroom species appear—even as surrounding parcels of land are suddenly and violently decimated by logging crews that obliterate plant life and drive away the area’s birds.

Along the way she struggles not only with the threat of COVID but also with her personal and familial legacies of addiction, violence, fear, and obsession—all while she tries to conceive a child that she and her immune-compromised wife hope to raise in their new home.

With Burn the Place, Regan announced herself as a writer whose extravagant, unconventional talents matched her abilities as a lauded chef. In Fieldwork, she digs even deeper to express the meaning and beauty we seek in the landscapes and stories that reveal the forces which inform, shape, and nurture our lives.

“Chronicles Regan’s transition from big-city restaurant life to Michigan’s Upper Peninsula…[and] her desire to return to her rural roots, with the arc of that journey interspersed with stories of her extended family—some fraught with alcoholism and domestic strife.” —EaterChicago.com
“Regan’s lyrical prose evokes the natural world…Readers will be moved.” —Publishers Weekly
“An intimate, passionate, and fresh perspective on the natural world and our place within it.” —Kirkus Reviews (starred review)
“Her honesty is captivating, and her writing creates a tangible experience that is remarkable and unforgettable. This is a story many readers will not want to miss.” —Library Journal (starred review)
“Fieldwork is a stunningly beautiful reflection on finding peace with our family history and the land we inhabit.” — Chicago Review of Books
“This second memoir [is] as rich as a mushroom ragout.” —Los Angeles Times
“Touching and funny, Fieldwork explores gender identity, farm life, and Regan’s fascinating family heritage…This candid feast of a book delighted both our hearts and our stomachs.” —Apple Books
“Regan lets the reader into her reality, exposing the messiness, beauty, and inescapable connection to the good, the bad, and the ugly that exists in food.” —Booklist

Iliana Regan is a self-taught chef. She is the founder and owner of the Michelin-starred “new gatherer” restaurant Elizabeth and the Japanese-inspired pub Kitsune, both located in Chicago. Her cuisine highlights her midwestern roots and the pure flavor of the often foraged ingredients of her upbringing. A James Beard Award and Jean Banchet Award nominee, Regan was named one of Food & Wine’s Best New Chefs of 2016.