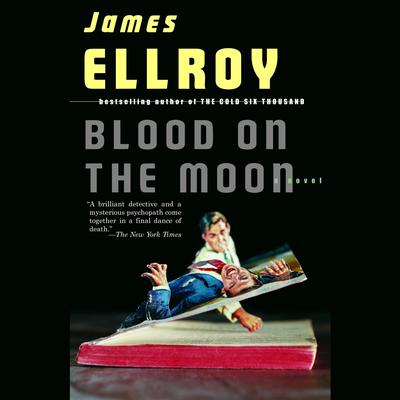 Blood on the Moon

Detective Sergeant Lloyd Hopkins can't stand music, or any loud sounds. He's got a beautiful wife, but he can't get enough of other women. And instead of bedtime stories, he regales his daughters with bloody crime stories. He's a thinking man's cop with a dark past and an obsessive drive to hunt down monsters who prey on the innocent. Now, there's something haunting him. He sees a connection in a series of increasingly gruesome murders of women committed over a period of twenty years. To solve the case, Hopkins will dump all the rules and risk his career to make the final link and get the killer.

James Ellroy was born in Los Angeles in 1948. His LA Quartet novels—The Black Dahlia, The Big Nowhere, L.A. Confidential, and White Jazz—were international bestsellers. American Tabloid was Time’s Novel of the Year for 1995, and his memoir My Dark Places was a Time Best Book of the Year and a New York Times Notable Book for 1996. He lives on the California coast.