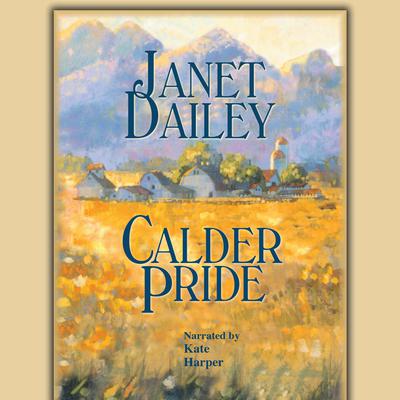 Cat is a Calder through and through: proud, headstrong, intelligent, and extremely beautiful. When her fianc├® is killed, she retreats to the family homestead to mourn, vowing never to give her heart to another man. But one reckless night with a handsome, gray-eyed stranger changes her life forever—and gives her a son with striking gray eyes. Cat decides to raise the child on her own, but she cannot ignore the new town sheriff. It seems impossible, but the man she thought she would never see again is now part of her life. And will he notice her son's eyes and figure out what she vowed never to tell him?

“This update on the Calder family shows Dailey gamely back on the horse and riding well.”  —Publishers Weekly
“Dailey confirms her place as a top megaseller in her fifth roundup with the Calder family on the Triple C Ranch.” —Kirkus Reviews