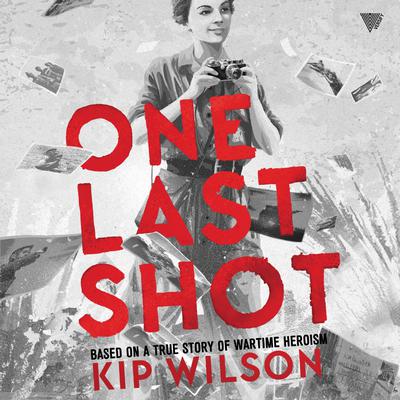 From critically acclaimed author Kip Wilson comes this gripping coming of age historical fiction novel in verse about Gerda Taro, a vibrant, headstrong photojournalist with a passion for capturing the truth amid political turmoil and the first woman photojournalist killed in combat.

The daughter of Polish Jewish immigrants, Gerta Pohorylle doesn't quite fit in. While she's away at boarding school, however, she becomes a master at reinventing herself. When she returns from school, she gets more involved with left-wing groups as Germany splits into political extremes and after she's arrested for distributing anti-Nazi propaganda, Gerta and her family decide she must leave Germany.

In Paris, Gerda meets André Friedman, a Hungarian photographer eager for fame and fortune, who fosters Gerda's interest in photography and how it can be as much of a tool for broadcasting her beliefs as protesting and demonstrations. Together the pair invents Robert Capa, a rich American photographer, and soon they're selling "Capa's" work for high prices and to great acclaim. Soon after, Gerda begins selling her own work under the last name Taro and the pair take on more assignments, jetting off to Spain to cover the growing conflict that quickly becomes the Spanish Civil War.

As Gerda pushes closer and closer to the front line, eager to capture the lives and vibrant hopes of those fighting against fascism, she begins to lose track of, and regard for, her own safety.

“[M]oving and inspiring….this is a model of well-researched and riveting historical fiction.”  —Booklist (starred review)

Kip Wilson is the Poetry Editor of the Young Adult Review Network and has a PhD in German Literature. In 2017, she won the PEN/New England Susan P. Bloom Discovery Award, and her work has appeared in several children’s literary magazines. She lives in Boston.