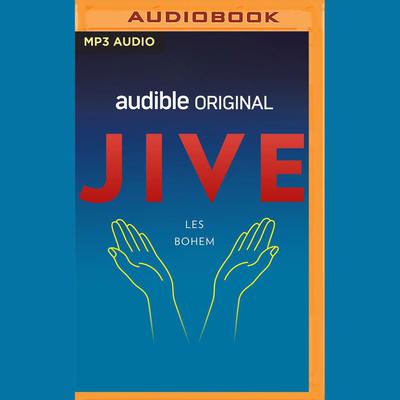 The events of Jive take place in a not-too-distant future where things have gone from bad to worse. After the pandemics (and yes, there will be more) came the Bloom, an invasion that arrived in a way that no one could have predicted. It was a genetic invasion, the ancient alien hidden in our DNA “blooming”, an event that killed a third of the world population (that's over one billion) and mutated a third into something slightly “more” than human. They were a daunting presence - and they were in charge. Their appetites were voracious. Impossible. Food, drink and drugs, sex, violence. The remaining third, despite the genetic key in their blood, had remained human. For them, life had been a waking nightmare.

But the humans had found a way to fight back. A way to win. And now the humans had landed back on top. But the world has been fundamentally changed. It will never be the same. Stuart Cornfeld missed the entire thing. He was in maximum security lock-up as the world outside went mad. The world may have changed, but Stuart hasn't changed at all. He comes out into this new world the same passionately narcissistic, single-minded con man he has always been. And the new world is desperate for just that sort of messiah. Jive tells the story of Stuart's meteoric rise from prisoner to prophet; of those who want to keep him in power and those who will do anything to bring him down.

Jive thrillingly sets the byzantine rules that control our future, then gives us the only man fit to follow them as our leader: Listener, meet Stuart Cornfeld. This isn't going to be pretty.