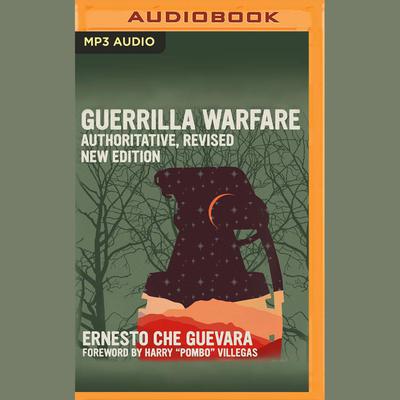 Guerrilla Warfare by the revolutionary Ernesto Che Guevara, written in 1960, has become a how-to manual for thousands of guerrilla fighters in various countries around the world. Guevara intended it to be a guidebook on guerrilla warfare, as inspiration for the revolutionary movement. Fascinating to admirers and adversaries alike, he captured the minds of millions with his leadership and his belief in guerrilla warfare as the only effective agent to achieve political change.

Here, in his own classic text on revolution, Che draws on his firsthand experience of the Cuban campaign to document all aspects of guerrilla warfare, from its aims to its organization and training. He analyses how in Cuba, against all odds, a small band of dedicated fighters grew in strength with the support of the people to defeat a dictator's army. Guevara emphasizes that guerrilla warfare is a favorable method against totalitarian regimes, where political opposition and legal civil struggle is impossible to conduct.