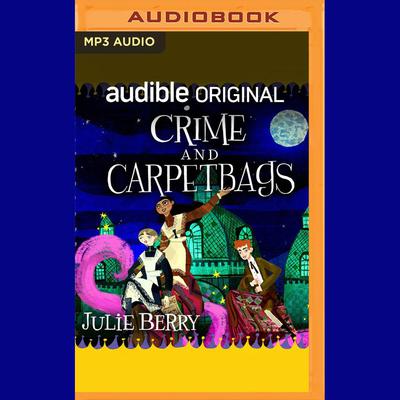 Now that Maeve Merrit has surrendered Mermeros, the djinni she found in a sardine can, she expects her life in London will be dull as dirt. Mermeros, however, has other plans. Maeve's friend Tommy, a former orphan, has been adopted by Mermeros's newest owner. When Tommy's new father tries to use one of his wishes, he and Mermeros go missing - and without a guardian, Tommy will be forced back to the orphanage.

Maeve, Tommy, and their friend Alice embark on an adventure full of magic, danger, and flying carpetbags to rescue Tommy's father and the djinni they've grown to love. But will they come to their rescue before Mermeros' fabled wishes fall into the wrong hands?

Julie Berry grew up in western New York as the youngest of seven children. She holds a BS in communication from Rensselaer Polytechnic Institute and an MFA in writing for children and young adults from Vermont College of the Fine Arts. She now lives in Massachusetts with her husband and four sons.