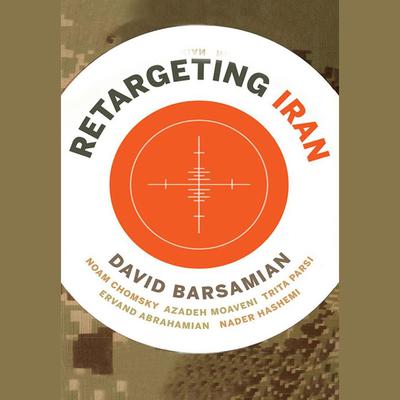 A timely primer on the conflict between the United States and Iran by scholars of Middle Eastern politics who advocate diplomacy and de-escalation.

The United States and Iran seem to be permanently locked in a dangerous cycle of brinkmanship and violence. Both countries have staged cyber attacks and recently shot down one another's aircrafts. Why do both countries seem intent on escalation? Why did the US abandon the nuclear deal (which, according to the UN, was working)? Where can Washington and Tehran find common ground? To address these questions and the political and historical forces at play, David Barsamian presents the perspectives of Iran scholars Ervand Abrahamian, Noam Chomsky, Nader Hashemi, Azadeh Moaveni, and Trita Parsi. A follow-up to the previously published Targeting Iran, this timely book continues to affirm the goodwill between Iranian and American people, even as their respective governments clash on the international stage.

"In a Q&A format about the continued demonization of Iran by the U.S., [David] Barsamian gets at the key to the deterioration of the relationship between the two nations.... [T]he discussion is astute and relevant." (Kirkus Reviews)

"A necessary and timely education on one of the most politically fraught and historically significant relationships of our time. I devoured these smart, insightful interviews with five important Iran scholars, about the struggle between two countries that have both been our home." (Dina Nayeri, author of The Ungrateful Refugee: What Immigrants Never Tell You)

"This little book contains more wisdom about Iran than exists in the White House, Congress, the State Department, and the Pentagon combined. Anyone who wants to understand the world's most misunderstood country will find no better source." (Stephen Kinzer, Author of All the Shah's Men: An American Coup and the Roots of Middle East Terror)

"Many journalists and academics have written books about Iran. But ReTargeting Iran fills an important gap, a book sharply critical of U.S. policy and the Iranian government. David Barsamian provides timely interviews with major analysts that sets the record straight. It's a highly accessible read and a great introduction to the U.S.-Iran conflict." (Reese Erlich, author of The Iran Agenda Today: The Real Story Inside Iran and What's Wrong with U.S. Policy)

"ReTargeting Iran is a facts-only objective account of where America has gone wrong, stupidly wrong - yet again - in its foreign policy, dominated by a mythical belief that Iran has an active nuclear weapons program. All one needs to know about the threat is this: as of mid-2020, the United States had no less than thirty-five military bases, manned by 65,000 soldiers, ready go to war in the nations immediately surrounding our feared adversary." (Seymour M. Hersh, author of Reporter: A Memoir)