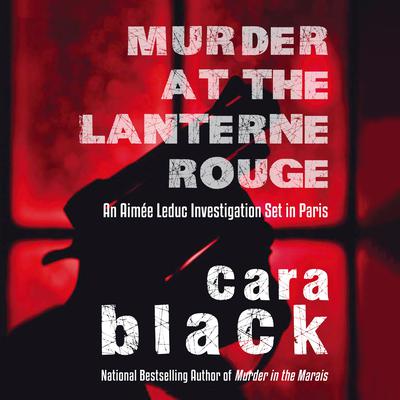 Murder at the Lanterne Rouge

Aim├®e Leduc is happy that her long-time business partner Ren├® has found a girlfriend. Really, she is. It's not her fault if she can't suppress her doubts about the relationship; Ren├® is moving way too fast, and Aim├®e's instincts tell her Meizi, this supposed love of Ren├®'s life, isn't trustworthy. And her misgivings may not be far off the mark. Meizi disappears during a Chinatown dinner to take a phone call and never comes back to the restaurant. Minutes later, the body of a young man, a science prodigy and volunteer at the nearby Mus├®e, is found shrink-wrapped in an alley—with Meizi's photo in his wallet.

Aim├®e does not like this scenario one bit, but she can't figure out how the murder is connected to Meizi's disappearance. The dead genius was sitting on a discovery that had France's secret service keeping tabs on him. Now they're keeping tabs on Aim├®e.

A missing young woman, an illegal immigrant raid in progress, botched affairs of the heart, dirty policemen, the French secret service, cutting-edge science secrets, and a murderer on the loose—what has she gotten herself into? And can she get herself—and her friends—back out of it all alive?