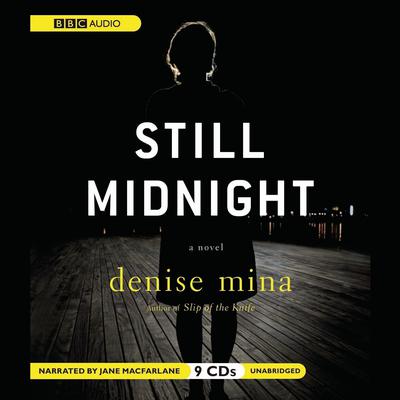 Alex Morrow is not new to the police force—or to crime—but there is nothing familiar about the call she has just received. On a still night in a quiet suburb of Glasgow, Scotland, three armed men have slipped from a van into a house, demanding a man who is not, and has never been, inside the front door. In the confusion that ensues, one family member is shot and another kidnapped, the assailants demanding an impossible ransom. Is this the amateur crime gone horribly wrong that it seems, or something much more unexpected?

“Alex Morrow, a detective sergeant with the Strathclyde police force, is another of Mina’s prickly heroines, the kind you love at your own risk…She’s also the smartest cop in the shop, the only one sensitive enough to interpret the subtle vagaries of human behavior. It’s a huge pleasure to watch her crack the ‘family myths and fables’ that blood relatives instinctively adopt as protection from outsiders—and as a way of preserving themselves from members of their own clan.” —New York Times
“[A] stellar first in a new series…Mina, who’s as much at ease with cops as she is with the people they chase, laces this potent crime thriller with colorful Scottish slang and delivers a sucker-punch climax.” —Publishers Weekly
“Mina is adept at capturing the rhythms of life in Glasgow among the down-and-out. She vividly portrays the squalor of the underworld while depicting even her bad guys in all of their human complexity, which gives her novels a rare grace.” —Library Journal
“A startling exploration of characters who stubbornly refuse to stay in the boxes they've been assigned.” —Kirkus Reviews
“Mina is acutely sensitive to characters’ mental states, rendering them with a precision which blurs the line between heroism and villainy. At the same time, her prose is both nimble and muscular.” —The Guardian
“The book really has everything you want in a crime novel: enormous suspense, acerbic wit, arresting detail, and an ever-mutating plot. But there is improbable sweetness here too. There is a word I would never have used to describe Denise Mina’s work until now; but the truth is, this intense, fast-moving crime drama is, in the end, utterly charming.” —Barnesandnoble.com Review
“Mina shakes the tired format of the thriller until all the clichés come out…Still Midnight is both unsettling, exhilarating, [and] ferociously gripping.” —The Independent