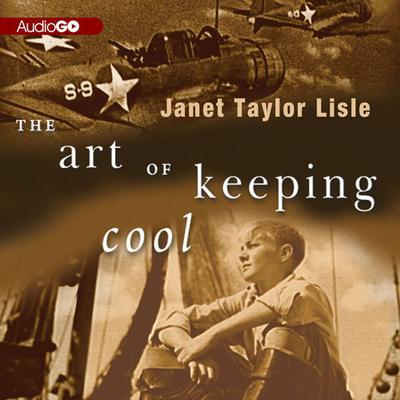 The Art of Keeping Cool

Winner of the 2001 Scott O’Dell Award for Historical Fiction

It's World War II, and fear permeates the Rhode Island coastal town where Robert, his mother, and sister are living out the war with his paternal grandparents. It is fear of Nazi submarines offshore; fear of Abel Hoffman, a German artist living reclusively outside of town; and for Robert, a more personal fear, of his hot-tempered, controlling grandfather.

As Robert watches the townspeople's hostility toward Hoffman build, he worries about the friendship that his sensitive cousin Elliot has with the artist. And he wonders more and more about the family secret everyone seems to be keeping from him—a secret involving Robert's father, a bomber pilot in Europe. Will Elliot's ability to detach himself from the turmoil around him be enough to sustain him when prejudice and suspicions erupt into violence? And can Robert find his own way to deal with the shocking truth about his family's past?

Janet Taylor Lisle is the author of several acclaimed novels for young readers, including The Art of Keeping Cool, winner of the Scott O’Dell Award, and these five School Library Journal Best Books of the Year: Sirens and Spies, The Lampfish of Twill Forest, A Message from the Match Girl, The Lost Flower Children, and Afternoon of the Elves, a Newbery Honor Book. She lives with her family on the coast of Rhode Island.