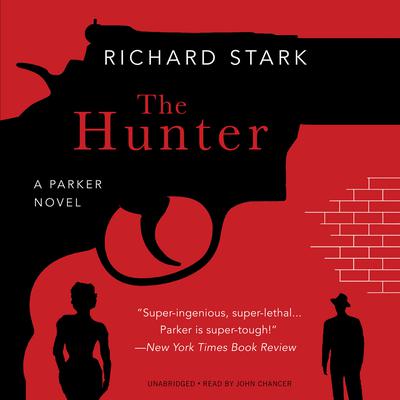 You probably haven’t noticed them, but they’ve noticed you. They notice everything. That’s their job. Sitting quietly in a nondescript car outside a bank making note of the tellers’ work habits. Lagging a few car lengths behind the Brinks truck on its daily rounds. Surreptitiously jiggling the handle of an unmarked service door at the racetrack. They’re heisters. They’re pros, and Parker is far and away the best of them. In The Hunter, the first volume in the series, Parker roars into New York City, seeking revenge on the woman who betrayed him and on the man who took his money, stealing and scamming his way to redemption.

“The first good chunk of this one grabs you by the throat and dares you to blink. You get sucked so fully into this portrayal of 1960s New York, that you can almost smell the old city stink.” —NaturalAnthems.com