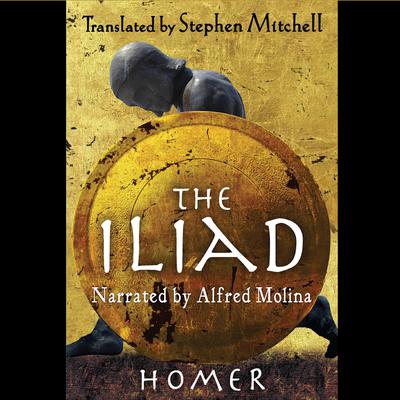 Tolstoy called The Iliad a miracle; Goethe said that it always thrust him into a state of astonishment. Homer's story is thrilling, and his Greek is perhaps the most beautiful poetry ever sung or written. But until now, even the best English translations haven't been able to re-create the energy and simplicity, the speed, grace, and pulsing rhythm of the original. In Stephen Mitchell's The Iliad, the epic story resounds again across 2,700 years, as if the lifeblood of its heroes Achilles and Patroclus, Hector and Priam flows in every word. And we are there with them, amid the horror and ecstasy of war, carried along by a poetry that lifts even the most devastating human events into the realm of the beautiful. Mitchell's Iliad is the first translation based on the work of the preeminent Homeric scholar Martin L. West, whose edition of the original Greek identifies many passages that were added after the Iliad was first written down, to the detriment of the music and the story. Omitting these hundreds of interpolated lines restores a dramatically sharper, leaner text. In addition, Mitchell's illuminating introduction opens the epic still further to our understanding and appreciation. Now, thanks to Stephen Mitchell's scholarship and the power of his language, the ancient story of The Iliad comes to moving, vivid new life.

“A daring new version of the epic poem.” —Wall Street Journal
“Mitchell’s Iliad is slimmer and leaner than anything we have seen before, the iambic line driving forward in a way that gives force to the English and nicely suggests the galloping dactyls of Homer’s lines…It’s richness, even its stiffness, is part of what makes it large, makes it commanding, makes it great.” —New Yorker
“The verse is well-forged and clean-limbed, and achieves a powerful simplicity. Mitchell has re-energized the Iliad for a new generation.” —Telegraph (London)
“Alfred Molina [uses] rich tones and robust narrative style…Impeccable pacing and subtle inflections, along with plenty of vocal punch for the battle scenes and confrontational dialogue.” —AudioFile

Homer (9th or 8th century BC) is the presumed author of the Iliad and the Odyssey, the two greatest epic poems of ancient Greece. Virtually nothing is known about his life. Tradition has it that he was blind. Most scholars believe he composed the Iliad and the Odyssey by relying on oral traditions. Their value lies chiefly in the poetry itself, moving from sublime passages about the gods and heroic exploits to passages expressing deep human emotion.