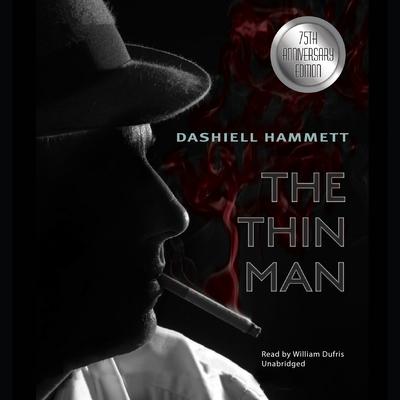 The Thin Man introduces Nick and Nora Charles, New York’s coolest crime-solving couple. Nick retired from detecting after his wife inherited a tidy sum, but six years later a pretty blonde spies him at a speakeasy and asks for his help finding her father, an eccentric inventor who was once Nick’s client. Nick can no more resist the case than a morning cocktail or a good fight, and soon he and Nora are caught in a complicated web of confused identities and cold-blooded murder.

“The most breathless of Hammett’s stories.” —Sinclair Lewis, winner of the Nobel Prize in Literature
“None of [Hammett’s] creations proved as endearing as Nick and Nora Charles, the wisecracking crime fighters of The Thin Man, his final novel.” —Washington Post
“All the wit of Nick and Nora is there, and the plot from the book needed no change to make the film one of the greatest American mystery comedies ever…Try it for a great sense of the good life in the New York of the 1930s.” —Amazon.com, editorial review

Dashiell Hammett (1894–1961) was an American author of hard-boiled detective novels and short stories. He is widely regarded as one of the finest mystery writers of all time. In addition to The Maltese Falcon, his pioneering novels include Red Harvest, The Dain Curse, The Glass Key, and the #1 New York Times bestseller The Thin Man.