No Good Duke Goes Unpunished: The Third Rule of Scoundrels

The Rules of Scoundrels Series: Book 3

Winner of the 2014 RITA Award for Best Historical Romance

He is the Killer Duke, accused of murdering Mara Lowe on the eve of her wedding. With no memory of that fateful night, Temple has reigned over the darkest of London’s corners for twelve years, wealthy and powerful, but beyond redemption. Until one night, Mara resurfaces, offering the one thing he’s dreamed of . . . absolution.

Mara planned never to return to the world from which she’d run, but when her brother falls deep into debt at Temple’s exclusive casino, she has no choice but to offer Temple a trade that ends in her returning to society and proving to the world what only she knows...that he is no killer.

It’s a fine trade, until Temple realizes that the lady—and her past—are more than they seem. It will take every bit of his strength to resist the pull of this mysterious, maddening woman who seems willing to risk everything for honor . . . and to keep from putting himself on the line for love.

“For a smart, witty, and passionate historical romance, I recommend anything by Sarah MacLean” —Lisa Kleypas, New York Times bestselling author
“This is not just a marvelous deep-sigh romance but a story in which the intensity and profound significance linger long after the tale is done. Well done!” —RT Book Reviews (Top Pick)
“MacLean once again creates compelling and complex characters and sets them on a path toward love and reconciliation that begins with seemingly impossible odds and ends with exquisite fulfillment. Beguiling and emotionally lush.” —Kirkus Reviews (starred review) 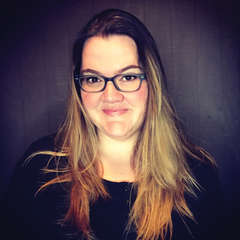 Sarah MacLean is a New York Times bestselling author obsessed with historical romance and bemoaning the fact that she was born centuries too late for her own season. Her love of all things historical helped to earn her degrees from Smith College and Harvard University before she finally set pen to paper and wrote her first book. Sarah now lives in New York City with her husband, their dog, and a ridiculously large collection of romance novels.