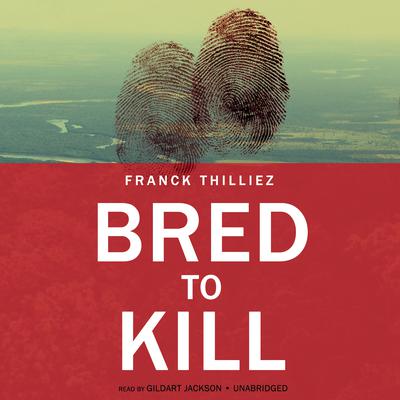 The shocking sequel to the runaway international bestseller Syndrome E

Syndrome E's Lucie Henebelle and Inspector Sharko have reunited to take on the case of the brutal murder of Eva Louts, a promising graduate student who was killed while working at a primate research center outside Paris. But what at first appears to be a vicious animal attack soon proves to be something more sinister. What was Eva secretly researching? Was she tracking three fanatical scientists who control a thirty-thousand-year-old virus with plans to unleash it on the world?

With his unmatched ability to inject cutting-edge science into his novels, Franck Thilliez draws on genetics, paleontology, and the dark side of human nature to create this smart, adrenaline-fueled thriller. Bred to Kill moves from the rain-slick streets of Paris to the heart of the Alps to the remote Amazon jungle, as Lucie and Sharko work to solve the murder—before whoever killed Eva comes for them.

“English-speaking readers can join the thrill ride with this translation of bestselling French author Thilliez’s amazing novel. Wonderful characters, a riveting plot, callous evil, and frightening science combine in this imaginative and scary story. It makes you wonder what terror is lurking—hidden in our genes and/or in scientific experiments.” —RT Book Reviews (4 1/2 stars, Top Pick!)
“French author Thilliez’s exceptional thriller, a sequel to 2012’s Syndrome E, poses a chilling question: what if a ‘violence gene’ passed down from prehistoric man has concealed itself in human DNA…A thought-provoking, brilliant piece of speculative fiction. Thilliez plumbs humanity’s dark side without relying on familiar conventions of plot and character.” —Publishers Weekly (starred review)
“Thoughtful, intricate…Fine, brooding scenes of menace and mystery, interludes of dazzling police work, and a chilling afterthought: What are these scientist folks in their white coats really up to?” —Booklist
“Paris-based Inspector Sharko and Lille police detective Lucie Henebelle, both shadows of their former selves following the abduction of the latter’s twin daughters at the end of Syndrome E, reunite to investigate a bizarre series of genetically engineered murders…This is the second of Thilliez’s novels to be translated into English (Sharko and Henebelle each has a series in French). Like Syndrome E, in which video images cause terrible harm to those who view them, the sequel is lifted by the author’s command of the sciences. Paleontology has rarely been this exciting.” —Kirkus Reviews
“Franck Thilliez has combined a crime of staggering violence, an ancient mystery, and a lost Amazonian tribe and created a truly frightening thriller, both for the intensity of the tale and the potential genetic vulnerability it reveals. Bred to Kill is a smart science thriller that makes the reader question, `Could this be real?’ Highly recommended.” —Jeremy Robinson, author of Island 731 and SecondWorld

Franck Thilliez is the author of several bestselling novels in his native France. Syndrome E was his first novel to be translated into English in the United States.