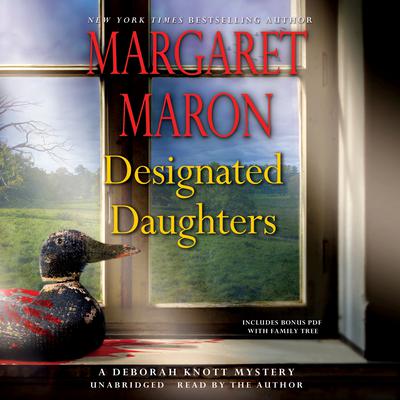 When Judge Deborah Knott is summoned to her ailing Aunt Rachel's bedside, she assumes the worst. Thankfully, when she arrives at the hospice center, she learns that Rachel hasn't passed; in fact, the dying woman is awake. Surrounded by her children, her extended family, and what seems like half of Colleton County, a semi-conscious Rachel breaks weeks of pained silence with snippets of stories as randomly pieced together as a well-worn patchwork quilt. But the Knott family's joy quickly gives way to shock: less than an hour later, Aunt Rachel is found dead in her bed, smothered with a pillow.

Who would kill a woman on her deathbed? Was it an act of mercy or murder? As Deborah and her husband, Sheriff's Deputy Dwight Bryant, investigate they cross paths with an unlikely set of suspects: Rachel's longtime minister; her neighbor, the respected local doctor; the friendly single father who often sought her advice; and perhaps the most puzzling party of all, the Designated Daughters, a support group for caregivers that Rachel's own daughter belongs to.

Soon Deborah and Dwight realize that the key to solving this case is hidden in Rachel's mysterious final words. Her mixed-up memories harbored a dark secret—a secret that someone close to them is determined to bury forever.

Margaret Maron is the author of more than twenty-five novels and two collections of short stories. Winner of several major American awards for mysteries, including the Edgar, Agatha, Anthony, and Macavity, her works are on the reading lists of various courses in contemporary Southern literature. A native Tar Heel, she still lives on her family’s country farm a few miles from Raleigh.