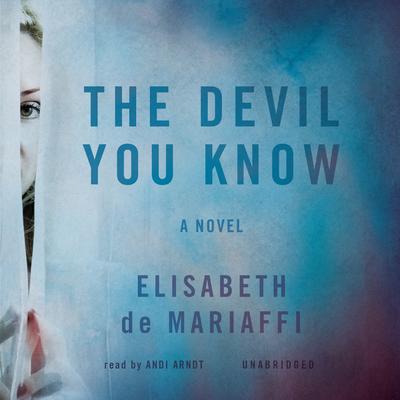 The Devil You Know: A Novel

In the vein of Gillian Flynn's Sharp Objects and A. S. A. Harrison's The Silent Wife, The Devil You Know is a thrilling debut about a rookie reporter whose memories of the murder of her childhood best friend bring danger—and a stalker—right to her doorstep.

The year is 1993. Rookie crime-beat reporter Evie Jones is haunted by the unsolved murder of her best friend Lianne Gagnon, who was killed in 1982, back when both girls were eleven. The suspected killer, a repeat offender named Robert Cameron, was never arrested, leaving Lianne's case cold.

Now twenty-one and living alone for the first time, Evie is obsessively drawn to finding out what really happened to Lianne. She leans on another childhood friend, David Patton, for help—but every clue they uncover seems to lead to an unimaginable conclusion. As she gets closer and closer to the truth, Evie becomes convinced that the killer is still at large—and that he's coming back for her.

“The Devil You Know manages simultaneously to be funny, sweet, hip, and utterly terrifying. Elisabeth de Mariaffi has written a smart, unique thriller.” —Alafair Burke, New York Times bestselling co-author of The Cinderella Murder
“In Canadian writer de Mariaffi’s debut mystery, a 1982 abduction and murder teaches girls growing up in Toronto how to be afraid…With so many thrillers cheaply exploiting violence against girls and women, de Mariaffi’s  treatment of the topic, through Evie’s vulnerable yet empowered voice, is refreshingly reverent.” —Kirkus Reviews (starred review)
“Set in and around Toronto in 1993, Canadian author de Mariaffi’s artful first novel chronicles the efforts of journalist Evie Jones to track down the man who murdered a friend of hers…Hooked readers will silently implore Evie to refrain from entering a basement or a cabin in the woods in pursuit of a story—and a killer.” —Publishers Weekly
“The author (whose short story collection How to Get Along with Women was longlisted for the Giller Prize) expertly builds suspense throughout this character-driven debut novel. As it nears its climax, readers will dread turning the pages for fear of what comes next.” —Library Journal
“A gripping literary thriller that will get under your skin and burrow into your every waking thought. You’ll see a little bit of yourself in Evie Jones, and you’ll find yourself looking over your shoulder even more after reading this creepy, chilling, and hauntingly beautiful book.” —Chevy Stevens, author of Still Missing
“A first novel rich with menace and psychological depth, The Devil You Know transports in the dangerous way of a nightmare but remains grounded—even more dangerously—in the way of a documentary. Elisabeth de Mariaffi delivers a thriller that thrills in so many ways.” —Andrew Pyper, author of The Demonologist
“Take the wit of Gone Girl, the horror of Helter Skelter, the twists of In Cold Blood, and the wisdom of Joan Didion’s The White Album and you feel the thrill of reading The Devil You Know. Elisabeth de Mariaffi has written a brilliant and thoughtful thriller that is tense, funny, scary, smart, and true. Her clear-eyed insight into the kind of fear that women carry through life resonated deeply with me.” —Claire Cameron, author of The Bear

Elisabeth de Mariaffi is a critically acclaimed writer whose short-story collection, How to Get Along with Women, was long-listed for the prestigious Scotiabank Giller Prize and short-listed for the ReLit Award. She lives in St. John’s, Canada, with her family.