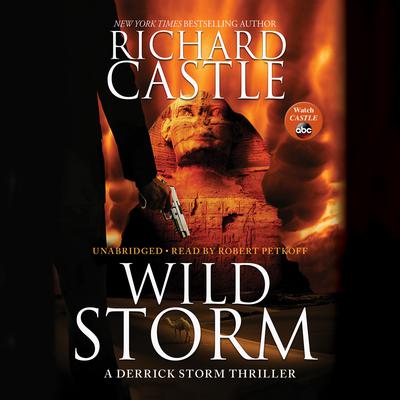 Derrick Storm, the guy the CIA calls on when it wants something investigated domestically, is thirty-three-thousand feet in the air, returning from a rock-climbing vacation in the Swiss Alps, when the plane spirals into a nosedive. Storm uses his climbing gear to tether himself to the wing and heroically save the plane and all the people on board. Sadly, Storm is not available to come to the aid of the three other planes that have crashed under similar circumstances, killing everyone on board. Interestingly, many of the victims are powerful people in politics, business, and religious groups.

The always elusive Jedidiah Jones, leader of the national clandestine service that has no name, calls on Storm to investigate. Storm determines that an unknown extremist has secured enough of the rare earth element promethium to create a laser with the power to shoot down planes from the ground. The problem swiftly becomes a global one as four more planes crash in the Arabia desert.

Details, intuition, and courage lead Storm to Monaco, Panama City, and Egypt as he meets beautiful women, rides angry camels, and rescues innocent victims in his valiant effort to track down the maniacal mind behind the terrorism.

“Richard Castle is a pro. He gets better each time out.” —Michael Connelly
“The same comedic sparring that lifts the TV program helps propel this whimsical mix of romance and crime.” —Publishers Weekly, praise for Naked Heat

Richard Castle is the author of numerous bestsellers, including Heat Wave, Naked Heat, Heat Rises, Frozen Heat, Deadly Heat, Storm Front, and Wild Storm, and the Derrick Storm eBook original trilogy. When he’s not writing bestsellers, Mr. Castle consults with the NYPD’s Twelfth Precinct on New York’s strangest homicides. His first novel, In a Hail of Bullets, published while he was still in college, received the Nom De Plume Society’s prestigious Tom Straw Award for Mystery Literature. Mr. Castle lives in Manhattan with his daughter and mother, both of whom infuse his life with humor and inspiration.