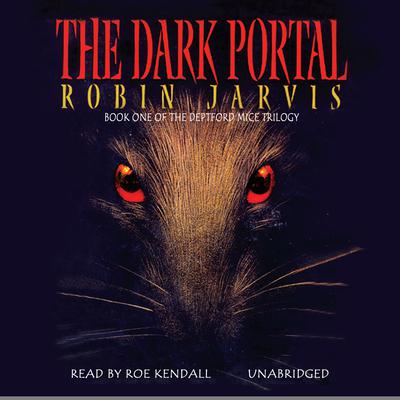 Every mouse knows: Beware the Grill.

On the other side of the Grill lie the sewers, where bloodthirsty gangs of rats roam the tunnels. It is in the depths of this blackness that the mysterious god Jupiter has his lair.

But one curious mouse can't resist the perilous world beyond the Grill, and soon no mouse can ignore its dangers any longer. Before the alter of Jupiter himself, a small band of mice must face evil at its strongest, or the entire city of London could be destroyed.

“A spooky and enthralling animal fantasy…Jarvis provides counterpoint to the heart-racing adventure with scenes of haunting beauty…[and] conveys a sense of place powerful enough to elevate the South London boroughs of Greenwich and Blackheath to requisite stops on any bookish child's literary tour of the British capital.” —Publishers Weekly
“Imparting life to talking mice, rats, bats, and cats would present a challenge to any narrator, but Roe Kendall manages the job with skill and imagination….Roe Kendall gives each creature a distinctive voice. Her performance facilitates the story's required suspension of disbelief.” —AudioFile

Robin Jarvis was born in Liverpool, England, and studied graphic design in college. He worked in television and advertising before becoming a full-time author and illustrator. It was while working at a company that made characters for TV programs and advertising that he began making sketches of mice. From these drawings, the idea for the Deptford Mice was born. The Dark Portal, short-listed for the 1989 Smarties Book Prize in England, was followed by two more titles in the series, The Crystal Prison and The Final Reckoning. He lives in London.