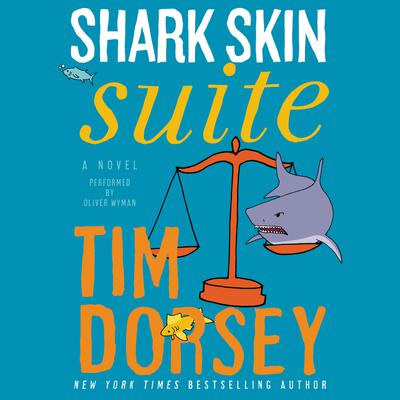 The Serge A. Storms Series: Book 18

When it comes to swimming with the sharks, there is no bigger kahuna than Serge Storms. Binging on a marathon of legal movies set in Florida, Serge finds his calling: the law. Never mind law school or that degree, Serge becomes a freelance fixer—wildcat paralegal and pilgrim to the hallowed places where legal classics of the big screen such as Body Heat, Cool Hand Luke, and Absence of Malice were filmed practically in his own backyard.

One of Serge’s old flames, young lawyer Brook Campanella, is also a rising star thanks to her expertise in the field of foreclosure law. Ruthless at taking down the greedy banksters kicking people out of their homes, she lands a major class-action lawsuit, and wins big. The opposition is determined to shut her down and they’ll go to extreme lengths to do it.

Luckily for her, Serge has been hired to do some investigative legwork on the case. There's nothing he likes better than saving a damsel in distress, especially when it means kicking a bunch of shyster butt. The mayhem comes to a hilarious head at the Key West courthouse, at the height of the island’s raucous Fantasy Fest street carnival, and no one, including Serge, will ever be the same.

“Serge A. Storms may prove to be the voice of Florida…Shark Skin Suite is a jaunt around every part of Florida, showing the hidden spots and the events that have earned the Sunshine State the ‘only in Florida’ reference.” —Florida Sun Sentinel
“Serge A. Storms is still going strong…in this brilliantly funny series…with a razor-sharp wit that skewers human foibles and follies…The main human interest is with Brook Campanella, a newly minted lawyer…[waging] a losing war in the courtroom against powerful Consolidated Financial, until Serge appoints himself attorney for the plaintiff and makes a memorable courtroom appearance.” —Publishers Weekly (starred review)
“Hold on to your sunscreen and shades—Florida’s own Serge A. Storms is back, and so is his versatile narrator, Oliver Wyman…A full-cast production isn’t necessary with Wyman at the helm. His portrayals of a crew of plucky senior women sound as authentic as his take on the smooth jive of gumshoe Mahoney. Whether it’s the unfocused diction of a drug addict or the speedy chatter of the highly caffeinated, Wyman is seamless in his delivery as he highlights subtle nuances in each character. Dorsey’s series is known for its wacky humor, and Wyman delivers it with verve. Winner of the AudioFile Earphones Award.” —AudioFile
“Once again, Serge proves that homicidal mania has its points as Dorsey takes aim at more massive villains than usual.”  —Kirkus Reviews