The Thickety: The Whispering Trees

By J. A. White
Read by Moira Quirk

Perfect for fans of Neil Gaiman, book two in the acclaimed Thickety series is the story of a good witch, a bad witch, and a forest demon, trapped together in a world that is both enchanting and dangerous.

After Kara Westfall's village turns on her for practicing witchcraft, she and her brother, Taff, flee to the one place they know they won't be followed: the Thickety. Only this time Kara is magicless without her grimoire and Sordyr, the forest demon, is intent on keeping them there. Kara and Taff will meet other inhabitants of the Thickety in their search for a safe way out, including the infamous witch, Mary Kettle. But can they trust anyone—plant, creature, witch, book, or magic—to help them escape, to undo Grace's final terrible spell, and to stop Sordyr's horrible reach from spreading across the rest of the world?

“The Whispering Trees is a thrilling sequel: a whirlwind of suspense and twists. J. A. White isn’t just a fantastic writer and storyteller—he spins myths that feel as old as the Thickety itself. A must-read series for every age.” —Soman Chainani, New York Times bestselling author of The School for Good and Evil
“Given the literal wild ride that ends The Thickety: A Path Begins, with nascent witch Kara Westfall and her brother escaping into the eponymous forest, it’s tempting to plunge into this sequel at full speed. But fans of the previous book will be rewarded by taking the time to savor the uncanny and blighted realm Kara and Taff must now cross…With a plot that coils like a tangle of brambles and an ending that, while more predicable, is no less twisty than that of its predecessor, this sequel will keep readers invested in Kara and Taff’s adventures in this dangerous and imaginative world.” —Publishers Weekly (starred review)
“Crosses and double-crosses abound…The twisted plot is perfectly matched by the twisted atmosphere. White has hit his stride in this follow-up to A Path Begins, in many ways surpassing the series opener. He’s created a vivid, unsettling environment of rich magic and terrifying horrors: monsters composed of bones and teeth, tentacled creatures that feed on feelings, shadows that consume bodies, and more. Kara still seems much older than her twelve years, but that’s a minor complaint that doesn’t distract from the lush descriptions of a spine-tingling, captivating place.” —Booklist (starred review)
“The plot turns come fast and furious…The nail-biting suspense will keep readers turning the pages late into the night, and in Kara, readers will find a protagonist to root for…Readers who enjoyed the spine-chilling first installment will be eager to get their hands on this sequel.” —School Library Journal
“Continues the story of twelve-year-old Kara Westfall and her brother, Taff…The unexpected climax and ending guarantee another book to enjoy. Readers new to the series will catch up quickly thanks to White’s adept incorporation of back story. This title has all the ingredients—a doughty heroine and her admirable younger brother, an unreliable guide who can’t stay the same age for long, and a heavy ‘ick’ factor—to keep readers glued to it.” —Kirkus Reviews 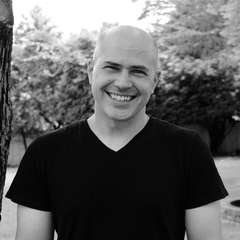 J. A. White is the author of the Thickety series. He lives in New Jersey with his wife, three sons, and the ghost of their hamster Ophelia. When he’s not making up stories, he teaches a bunch of kids how to make up stories—along with math and science and other important stuff. He wishes dragons were real because it would be a much cooler way to get to work.