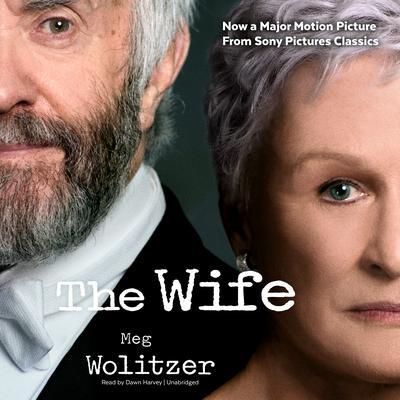 The Wife: A Novel

An Oprah Pick of Books behind the Summer's Biggest Movies

An iBooks bestseller in Fiction and Literature

Meg Wolitzer brings her characteristic wit and intelligence to a provocative story about the evolution of a marriage, the nature of partnership, the question of a male or female sensibility, and the place for an ambitious woman in a man’s world.

The moment Joan Castleman decides to leave her husband, they are thirty-five thousand feet above the ocean on a flight to Helsinki. Joan’s husband Joseph is one of America’s preeminent novelists, about to receive a prestigious international award, and Joan, who has spent forty years subjugating her own literary talents to fan the flames of his career, has finally decided to stop. From this gripping opening, Meg Wolitzer flashes back to Smith College and Greenwich Village in the 1950s and follows the course of the marriage that has brought the couple to this breaking point—one that results in a shocking revelation.

With her skillful storytelling and pitch-perfect observations, Wolitzer has crafted a wise and candid look at the choices all men and women make—in marriage, work, and life.

“Acerbically funny…Wolitzer keeps us guessing right up until the gut-wrenching twist of a finale.” —Entertainment Weekly
“[Wolitzer] has great fun satirizing an all too recognizable stratum of literary life.” —New Yorker
“A puzzle and an entertainment…a near heartbreaking document of feminist realpolitik.” —New York Times Book Review
“Wolitzer’s…funny yet harshly bitter book features amazingly crafted prose, and the story of what Joan sacrifices to support her husband and his illustrious career is just as astounding. Complete with a staggering twist ending, this is not one to miss.” —Library Journal
“Deploys a calm, seamless humor…Rage might be the signature emotion of the powerless, but in Wolitzer’s hands, rage is also very funny.”  —New York Times
“To say that The Wife is Wolitzer’s most ambitious novel to date is an understatement.” —Washington Post
“An intimate and searing portrait of a long-term marriage in all its secrets and compromises.” —Variety
“A rollicking, perfectly pitched triumph…Wolitzer’s talent for comedy of manners reaches a heady high.” —Los Angeles Times
“Wolitzer choreographs her ire into kung-fu precision moves to zap our every notion about gender and status, creativity and fame, individuality and marriage.” —Booklist (starred review)
“Wolitzer’s crisp pacing and dry wit carry us headlong into a devastating message about the price of love and fame.” —Publishers Weekly
“Tells the story not only of a marriage built on uneven compromises but also of a woman’s poignant self-discovery. Readers born after 1970 may not appreciate what motivates Joan Castleman, but it is crucial to know this woman—many of us already do and don’t even realize it.” —Washington Post