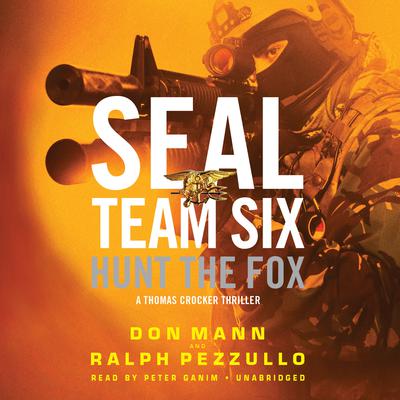 By Don Mann and Ralph Pezzullo
Read by Peter Ganim

The heroes of Don Mann and Ralph Pezzullo's acclaimed, hyper-realistic SEAL Team Six series are called to defuse an explosive situation in Syria.

On his way to a meeting with a CIA source in Istanbul, Captain Thomas Crocker notices he's being tailed. He suspects the men tracking his movements are members of Syria's intelligence agency, the Mulhabarat—their presence a sign of the region's increasing volatility.

Syria's government is unraveling, with the alliances between rebel groups increasingly complex, and ISIS dangerously in the mix. Farid al-Kazaz, a.k.a. the Fox, leads the most threatening of the ISIS factions. The Fox believes Syrian President Bashar al-Assad ordered the murder of the Fox's brother and has vowed revenge, planning a sarin gas attack that would wreak havoc across not just Syria but the entire Middle East. It's up to Crocker and the rest of SEAL Team Six to stop a ruthless killer and keep an explosive plot from detonating.

Once again, the fate of millions rests on the shoulders of these fearless and ferociously loyal men.

“Pulse-pounding reads filled with the kind of knowing, immersive detail that can only come from someone with real-life experience in the field. A great series.” —Howard E. Wasdin, New York Times bestselling author of SEAL Team Six: Memoirs of an Elite Navy SEAL Sniper, praise for the series

Don Mann, CWO3, USN, has for thirty years been associated with the Navy SEALS. Up until 1998 he was on active duty with SEAL Team Six. Since his retirement, he has deployed to the Middle East on numerous occasions in support of the war against terrorism. Many of the active duty SEALs on SEAL Team Six are the same guys he trained. Mann is the author of the national bestseller Inside SEAL Team Six. He lives in Miami Beach, Florida.