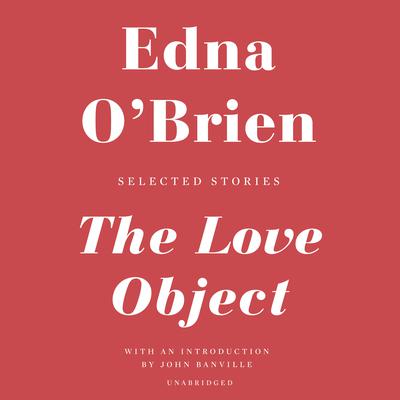 A Kirkus Reviews’ Best Books of 2015 Selection for Story Collections

Collected here for the first time are stories spanning five decades of writing by the "short story master" (Harold Bloom).

As John Banville writes in his introduction to The Love Object, Edna O'Brien "is, simply, one of the finest writers of our time." The thirty-one stories collected in this volume provide, among other things, a cumulative portrait of Ireland, seen from within and without.

Coming of age, the impact of class, and familial and romantic love are the prevalent motifs, along with the instinct toward escape and subsequent nostalgia for home. Some of the stories are linked and some carry O'Brien's distinct sense of the comical. In "A Rose in the Heart of New York," the single-mindedness of love dramatically derails the relationship between a girl and her mother, while in "Sister Imelda" and "The Creature" the strong ties between teacher and student and mother and son are ultimately broken. "The Love Object" recounts a passionate affair between the narrator and her older lover.

The magnificent, mid-career title story from Lantern Slides portrays a Dublin dinner party that takes on the lives and loves of all the guests. More recent stories include "Shovel Kings," "a masterpiece of compression, distilling the pain of a lost, exiled generation" (Sunday Times); and "Old Wounds," which follows the revival and demise of the friendship between two elderly cousins.

In 2011 Edna O'Brien's gifts were acknowledged with the most prestigious international award for the story, the Frank O'Connor Short Story Award. The Love Object illustrates a career's worth of shimmering, potent prose from a writer of great courage, vision, and heart.

“Edna O’Brien writes the most beautiful, aching stories of any writer, anywhere.” —Alice Munro, New York Times bestselling author
“Majestic, heart-crossed tales about women…marked by their modern sensibilities and indomitable spirits.” —Elle
“Tales that gleam like rare artifacts.” —Vogue
“When a writer as gifted as O’Brien memorializes a vanishing world, we experience not only the ‘lost landscape’ but the richly ambivalent emotions it has evoked.” —Times Literary Supplement (London)
“O’Brien gorgeously explores the complexities of her characters and the land that engendered them.” —More magazine
“An intensely enjoyable book…the selected stories of one of the major writers of our era.” —Irish Times
“The strength of the audiobook as a whole lies in the diversity of Irish voices that express the yearnings of the varied characters. Voices range from that of a naïve country girl at her first party to that of a melancholic woman looking back on her life through the lens of experience. A rich collection of stories and voices.” —AudioFile

Edna O’Brien is the multiaward–winning author of numerous books., including the Country Girls trilogy. She won the 2019 David Cohen Prize for lifetime achievement in literature and the 2018 PEN/Nabokov Award for Achievement in International Literature. She is the recipient of the James Joyce Ulysses Medal and an honorary member of the American Academy of Arts and Letters.