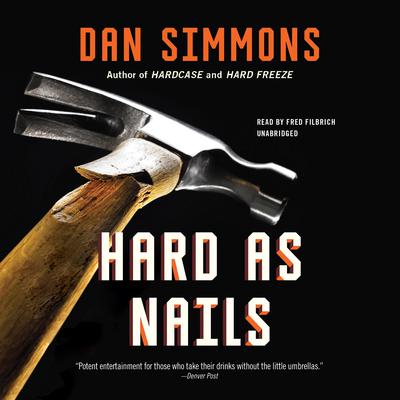 Ex-private investigator Joe Kurtz’s survival is on the line when an ambush leaves him badly wounded and his parole officer, Peg O’Toole, clinging to life. Their respective professions have ensured that neither suffers from a shortage of enemies, so narrowing down the suspects isn’t easy. But Kurtz knows who’s at the head of his list: Angelina Farino Ferrara, the lethal beauty who leads the Farino crime family, and her mob rival, Toma Gonzaga.

The odd thing is, each would rather hire Joe Kurtz than fire at him. Someone’s causing trouble beneath the gray skies of western New York, and it’s drawn the notice of the mobs and the cops. Kurtz is caught in the middle along with the rest of them, and no one knows who’s tightening the vise.

“PI Joe Kurtz is back in the wringer, and the versatile Simmons cranks it for all its worth.” —Booklist
“A hard-charging, pile-driving crime thriller that bulldogs its way to several climaxes.” —Denver Post
“There’s hard-boiled detective fiction and then there are the Joe Kurtz thrillers from Dan Simmons. The Kurtz books make the majority of noir novels read like tea cozy mysteries…Some of the best thrillers you’ll find.” —Rocky Mountain News
“The suspense is irresistible.” —Charlotte Observer
“Simmons has shown a chameleon talent for mastering the colors and shadings of the horror, suspense, and science-fiction genres.” —Publishers Weekly, praise for the author

Dan Simmons, the author of critically acclaimed suspense and science fiction novels, is a recipient of numerous major international awards, including the Hugo Award, World Fantasy Award, Bram Stoker Award, and the Shirley Jackson Award, among others.