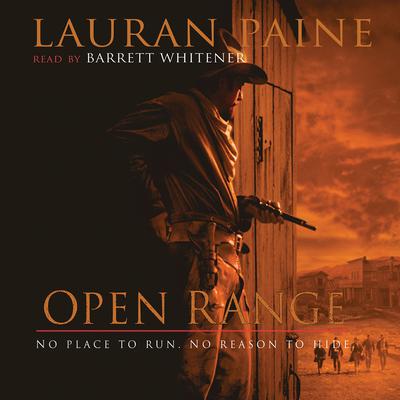 The “open range” men are free-grazing cattlemen—those who don’t own land but drive their stock through the country to graze. But Boss Spearman knows that times are changing for the open rangers. Local ranchers are staking claims to grazing areas and building up extensive cattle empires. Boss has no quarrel with the other ranchers, but he won’t be scared off either.

When Denton Baxter makes it clear, by killing one man and seriously wounding another, that he intends to drive Boss and his crew out, Boss must make a stand. But getting justice is not going to be easy. Baxter practically owns Marshall Poole, and the townsfolk have no use for free grazers. Boss’ only hope is the circuit-riding judge—if he can stay alive until he arrives.

“Whitener’s performance of Spearman’s and Waite’s mutual embarrassment over their friendship is spot-on. When Waite bumps into romance, Whitener handles his befuddlement and clumsy attempts at courtship with warmth and amusement.” —AudioFile
“A gripping tale of human greed and the fight for survival…superbly narrated by Barrett Whitener.” —Library Bookwatch
“[Lauran Paine] is the best in the business.” —Kirkus Reviews