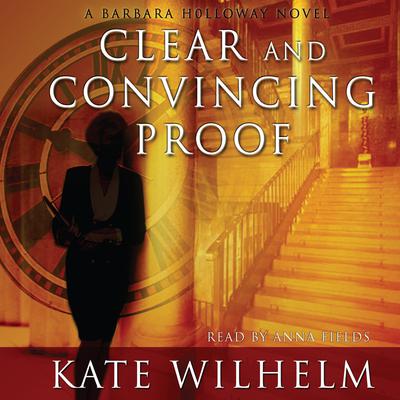 The Kelso-McIvey rehabilitation center is a place of hope and healing for both its patients and dedicated staff. For its directors, it’s a lifelong dream that’s about to be destroyed, if David McIvey has his way. A brilliant surgeon whose ego rivals his skill with a scalpel, McIvey now has controlling shares in what has always been a nonprofit clinic. His plan is to close the clinic and replace it with a massive new surgery center, with himself at the helm. Since he is poised to desecrate the dreams of so many, it’s not surprising to anyone, especially Oregon lawyer Barbara Holloway, that somebody dares to stop him—in cold blood.

When David McIvey is murdered outside the clinic’s doors early one morning, Barbara must once again use her razor-sharp instincts and take-no-prisoners attitude to create a defense for the two members of the clinic accused of his murder. In her most perplexing case yet, Barbara is forced to explore the darkest places people can hide—the soul beneath the skin.

“Unlike most writers of legal thrillers, Wilhelm cares as much about her characters as she does about her courtrooms—which is why her books are such genuine pleasures.” —Chicago Tribune
“The book excels because of the depth of Wilhelm’s character development. Fields picks up on this strength, using changes in tone and style to give each character a unique personality.” —AudioFile
“Wilhelm is a masterful storyteller whose novels have just the right blend of solid plot, compelling mystery, and great courtroom drama.” —Library Journal
“Genre veteran Wilhelm presents a psychologically complex story with enough action to keep the pages turning.” —Booklist